Someone Found a David Bowie Painting at an Ontario Thrift Store


A David Bowie painting that was found in an Ontario thrift store is expected to sell for around $ 10,000 at a Toronto auction house.

The painting, titled D Head XLVI, is one of a series of portraits of the late singer. Bowie was not only one of the most iconic singers of the past half century, but he was also a painter and art collector. He started painting in 1976 but had renewed his interest in painting in the 1990s.

Between 1994 and 1997, Bowie created a series of around 45 works on canvas which he titled Dead Heads (or D Heads), Cowley Abbott Fine Arts said in a press release.

“D Head XLVI was found in the most unexpected place: a household goods donation center in northern Ontario, just south of North Bay,” they said. “The chance discovery of this treasure in a heap of unwanted property is quite remarkable.”

The person who found the painting was amazed to find a label on the back that read “David Bowie” and the artist’s signature.

They found the painting in South River at a place called Machar Mall (a landfill donation center) in June or July, Cowley says. He says they paid $ 5.

They contacted Cowley Abbott to authenticate him in November, he says. Cowley Abbott was able to confirm that the painting is indeed by the famous artist and that it is part of the Dead Head series which he completed in the 1990s.

“It’s signed on the back and if you didn’t know his signature you might not be able to identify it,” Cowley explains.

The painting is a portrait; Bowie had group members, friends and acquaintances sit down to paint. There were also a few self-portraits. It is not known who the subject of D Head XLVI is.

“With long hair and a pronounced profile, this energetic and enigmatic portrait is truly a rare portrayal of a famous artist,” notes Cowley Abbott. 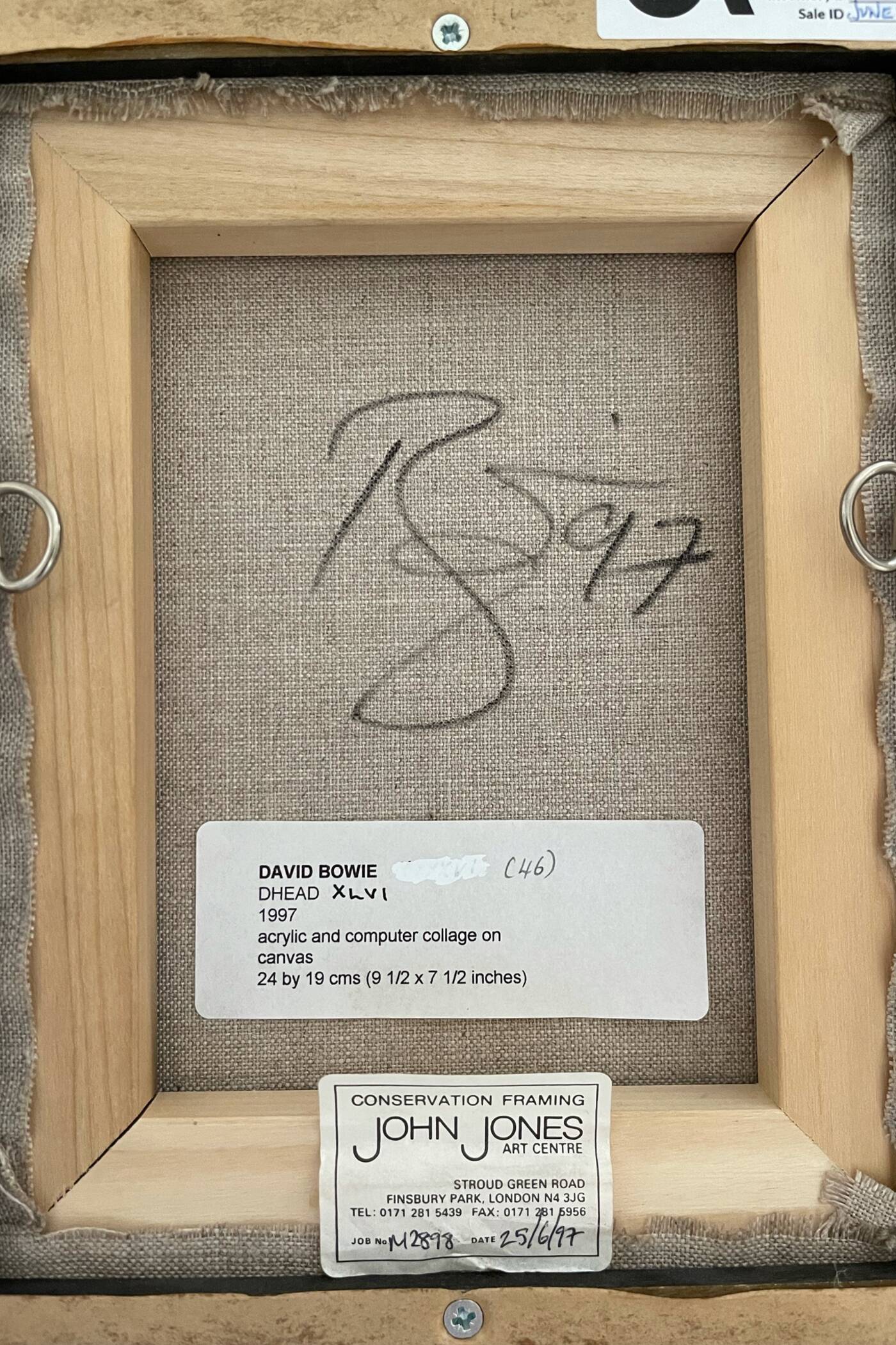 The back of the painting bears a label, a signature and a framing date which establishes its provenance.

Because Bowie is such a prominent musician, especially in the 60s and 70s, there will be interest beyond those involved in the art market.

“It’s very exciting – not only is it interesting in terms of the visual arts, but it’s also of pop culture interest for collectors.”

Valuable works of art are sometimes deposited in donation centers, says Cowley. Sometimes it’s a family member who cleans a house or an estate.

“I’ve been in the business for over 20 years now and we’ve already encountered this problem where there is still valuable artwork,” Cowley says.

Those interested in purchasing the painting can bid online between June 15 and June 24 at Cowley Abbott International Art Online Auction.