INGLORIOUS streaming coverage of the hit “Bring Me To Life” by EVANESCENCE; audio

Inglorious released their very first cover album, Heroine, through Frontiers Music Srl. The album sees the group tackle covers of a diverse selection of female artists they respect and admire. Their version of Evanescence’s hit, “Bring Me To Life”, can be heard below:

Order / record the heroine on CD / color vinyl / digital here. The band have two LPs in different colors available exclusively on their online store and donate £ 1 from each copy sold on their online store to the fantastic Women’s Aid charity, which does an amazing job supporting women and young people. girls.

The following LP colors are available:

Following the successful release in February 2021 of Inglorious’ fourth studio album, We Will Ride, their debut with new line-up from Nathan James, Phil Beaver, Danny De La Cruz, Dan Stevens and Vinnie Colla, the band returned straight to the studio to record a very special new album. The new release of the promising British hard rockers, titled Heroine, is a tribute to the various exceptional musicians who have influenced the group musically and / or vocally. From putting their own hard rock imprint on pop hits by Whitney Houston, Miley Cyrus, Avril Lavigne and Christina Aguilera to taking on timeless classic rock songs by Tina Turner, Heart and Joan Jett, and contemporary rock by Evanescence, Alanis Morissette and Halestorm, Inglorious showcase their versatility with song selections from this cover album.

“First of all, we know that it’s impossible to improve on these songs, the originals are perfect and the performances legendary, so recognizing that we weren’t even going to come close to the magic of the originals took the pressure off and we having fun making this super fun album. It’s about saluting these amazing artists and, for me personally, saying thank you for sharing their gifts with the world. People assume that the singers I idolize are men rock blues, but they couldn’t be more Each of these artists has inspired me as a performer, writer, singer or person. Whether it’s Whitney’s unbeatable voice, Tina’s charisma, her honesty. Alanis, the intensity of Lzzy or the control of Amy Lee. I love the fire that all these women bring to their music and that’s why we wanted to say thank you. Not only to these artists, but to the wonderful women in all of our lives that have loved us and continue to support us. With this in mind that we donate a pound of every copy sold on our online store to the fantastic Women’s Aid charity (https://www.womensaid.org.uk/), which does an amazing job supporting women and men. women and girls, ”singer Nathan James said.

The new formation of the group is now more gelled and cohesive after touring the group’s third album, writing and recording together for the fourth album, and now recording that fifth album. The guitar duo of Danny Dela Cruz and Dan Stevens interact and the sensations shine and the rhythm section of Phil Beaver and Vinnie Colla is tighter than ever. Singer Nathan James takes on the arduous task of performing songs originally performed by such incredible singers with respect and confidence. The overall results are astonishing and a pleasant surprise to fans of the band, who probably weren’t expecting a new batch of recorded music so quickly.

Inglorious are five young men with mutual love and respect for two longtime pillars of hard rock music: big guitar riffs and soulful vocals. Formed in February 2014, the group is led by Nathan James, who made a name for himself singing for the Trans-Siberian Orchestra and legendary Scorpions guitarist Uli Jon Roth. Nathan was looking for like-minded musicians who were willing to make amazing rock music in a very honest way. The group’s self-titled debut album garnered critical and fan acclaim. The follow-up album, II, was another well-received affair and was followed by the group’s third album, Ride To Nowhere. Their fourth studio album, We Will Ride was released in February 2021 and listed in the UK, US and several European countries. 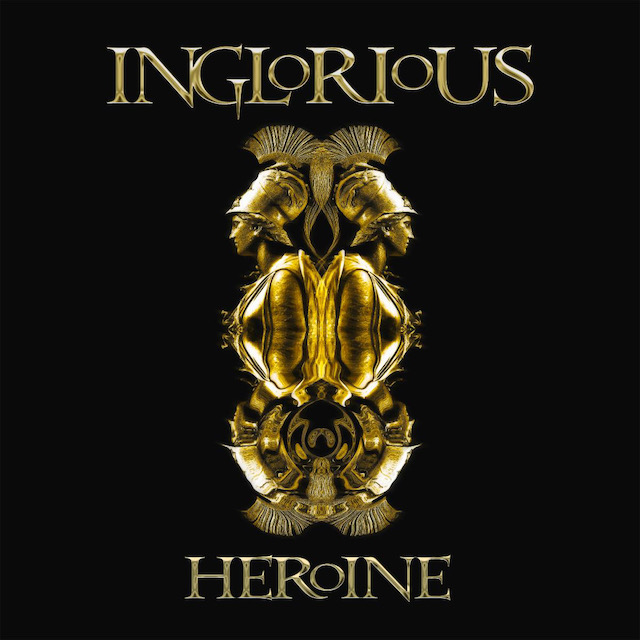