After cooking for Britney Spears and Bruce Springsteen, pies are now the limit for former Liverpool chef Lee

He’s cooked all over the world with bands like Status Quo and wished artists like Katy Perry “Bon Appetite,” but after 10 years on the road, former tour leader Lee Caffrey decided to put the brakes on. his travels to start his own bakery business.

Today Lee, 49, of Waterloo, is celebrating a few of his number ones after producing award-winning creations at his pie and mash store, Pullman Jack’s.

Top sellers include Scouse Pie, Salt N Pepper Fromage Pie and one with cherry smoked pulled pork and Bury black pudding. There’s even a vegan line with a nod to the Beatles and Paul McCartney, who Lee cooked for, with names like Eleanor Chickpea, 8 Days a Leek, and Salt N Pepper’s Lonely Hearts Club Pie.

“I’m over the moon with how it’s going,” Lee said. “I have worked all over the world and with chefs from America, Italy, Spain, Portugal and Australia, and I bring all of this, everything that I have learned to what I do at Pullman Jack’s.

“I want to create pies for all occasions, with a taste of Spain or a taste of India, to remind people of the places they have been or the people they have loved.”

He adds, “We all love a pie, it’s a great comfort food, and these contain the best ingredients, they’re handmade with buttery dough, and they have proper toppings – you’re not looking for. some meat in the corner. 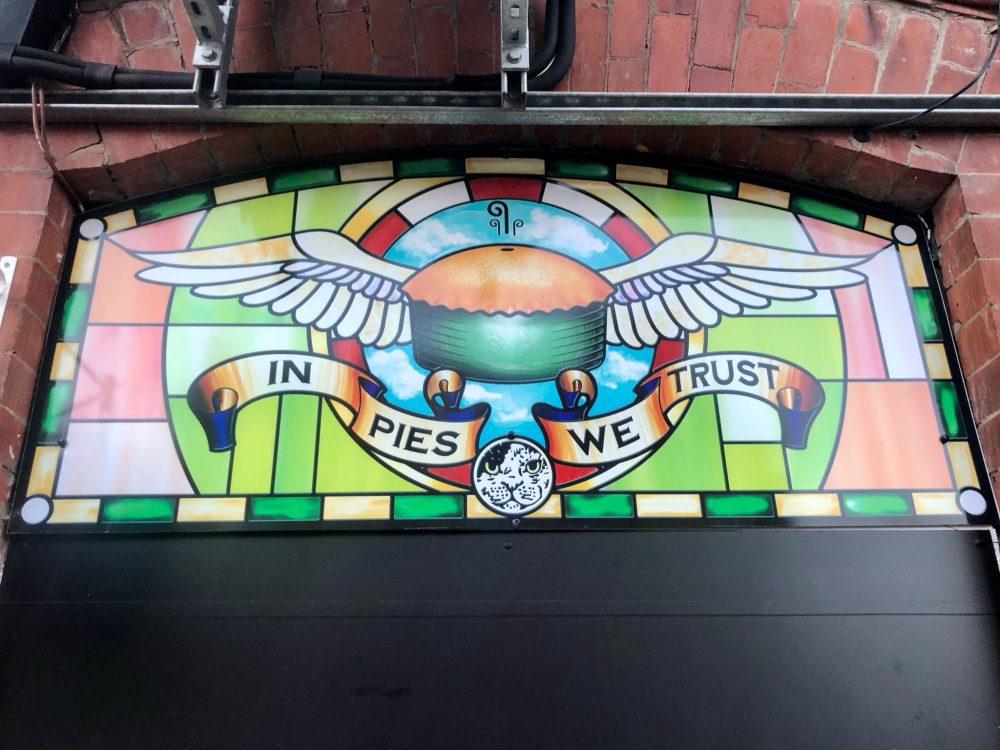 Lee started his culinary career with a YTS program, working in various locations and earning his City & Guilds qualifications at Hugh Baird College in Bootle.

He left the city to establish a career – “Liverpool didn’t have the culinary appetite it has now, back then orange juice was still a starter! – and worked in hotels and restaurants in Oxford, London and across the UK.

After years of perfecting his craft, Lee’s name was suggested by a friend when rock band Status Quo was looking for a tour leader, and after getting the job for them he traveled for three months across the Europe to cook for the group, team members and tour. managers, he embarked on a career with some of the biggest names in the music industry.

He’s cooked for Britney Spears, Bruce Springsteen, and Depeche Mode, to name a few; and was behind the scenes of shows like the MTV Awards and the Brit Awards. 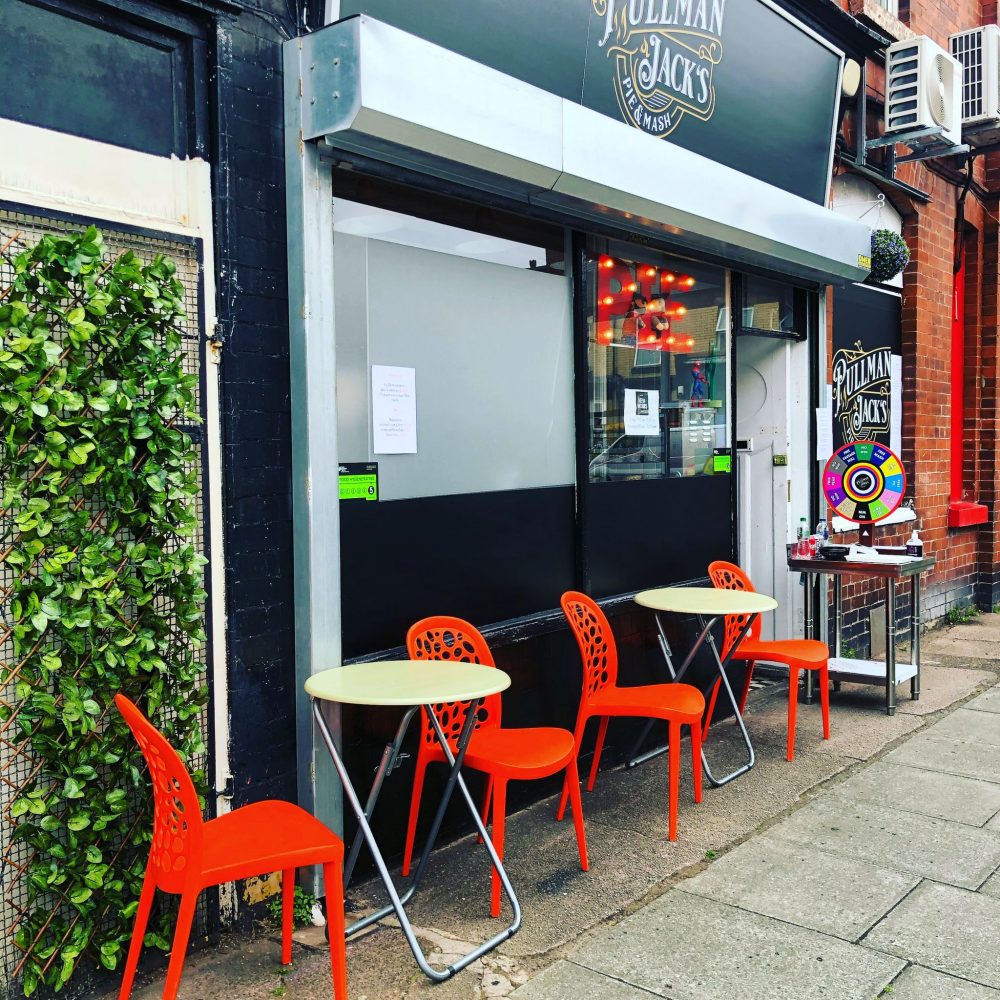 He put his skills and resources to the test. “You have to be creative and know how to plan ahead,” he says. “You move from place to place so you have to know what you are doing so that you can go out and find your ingredients and create a lot of different dishes.

“It certainly expands your repertoire. It was a bit like Ready, Steady Cook with a big budget, we changed the menu every day, we made three or four main courses for lunch, dinner was a la carte with a dish of meat, fish, chicken and veggie / vegan, starters, desserts and peaks, as well as dishes cooked in the pasture. 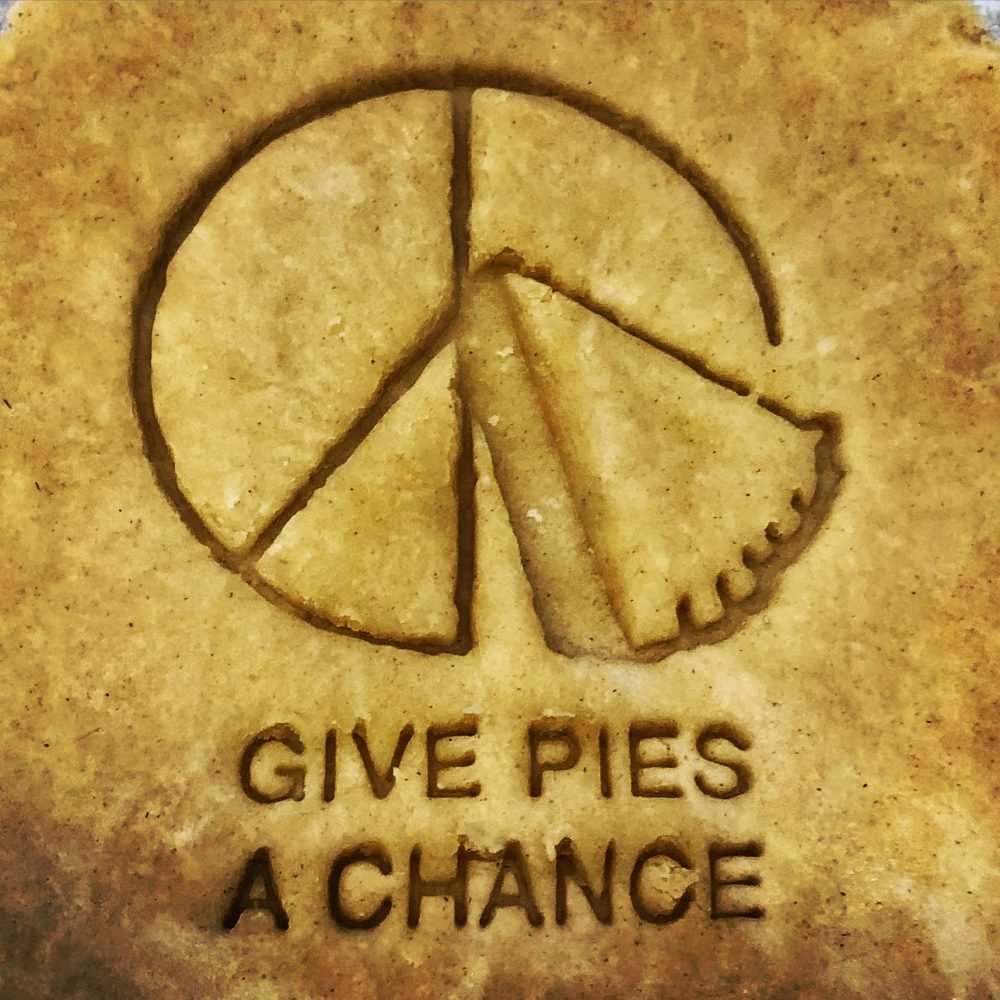 “I figured out that over a three month tour, I would probably cook around 2,500 different dishes!”

It made life interesting: “Just like the roadies put away the gear, all the pots and pans, etc., would be too ready for the next date.

“There was usually a kitchen area in the room, but I have cooked in shower rooms, hallways and makeshift tents.” 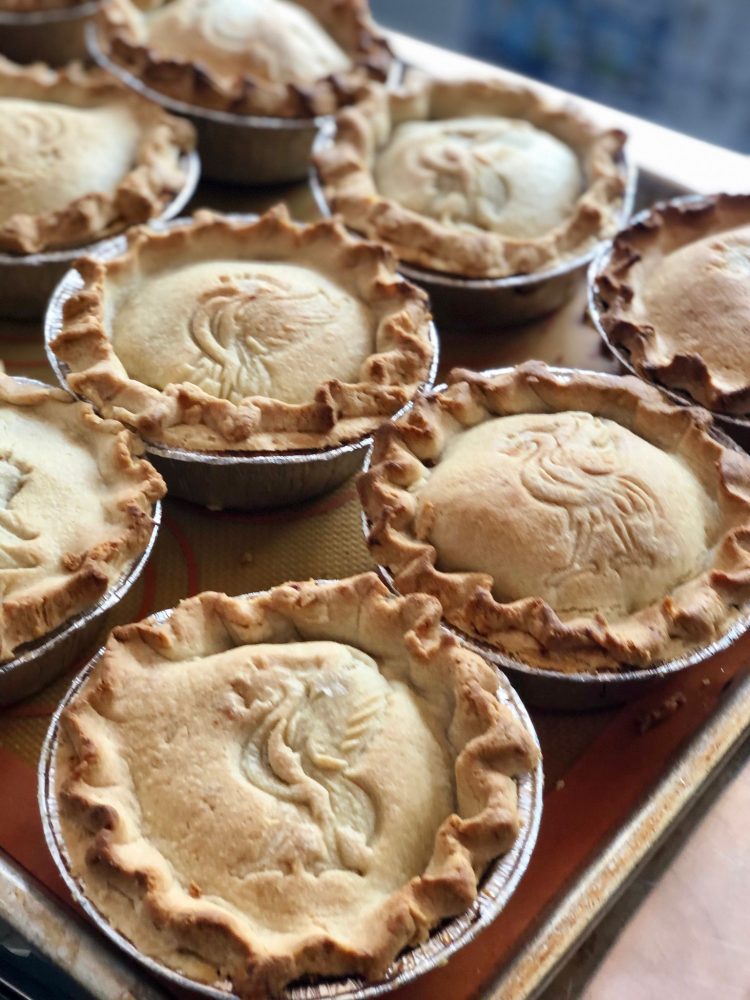 He honed his vegan skills while working for Paul McCartney who insisted that everything was vegan. scene after a three hour show as they were packed with protein and better to digest than a huge steak!

Lee traveled through the United States, Canada, Mexico and Europe – “I did about 40 tours in Europe” – but finally decided to quit. “It was great, I traveled, worked and visited amazing places, but it was more about work than show and you often worked from 6am to 11am, doing eight or nine days in five different countries without days. leave. “

But he adds: “I made great friends, saw great places and was part of special moments. “

When he got home, Lee was wondering what to do when he was helping bake pies for The Little Macaron in St John’s Road, Waterloo, and when it closed – and his pies were doing so well – he decided to launch his own shop.

Having honed his meat smoking skills, Lee uses smoked meats in his pies along with a host of vegetables and other fantastic ingredients. His chicken and mushroom pies contain five different mushrooms; and he’s constantly thinking about weekly specials to add to his core and vegan lines. 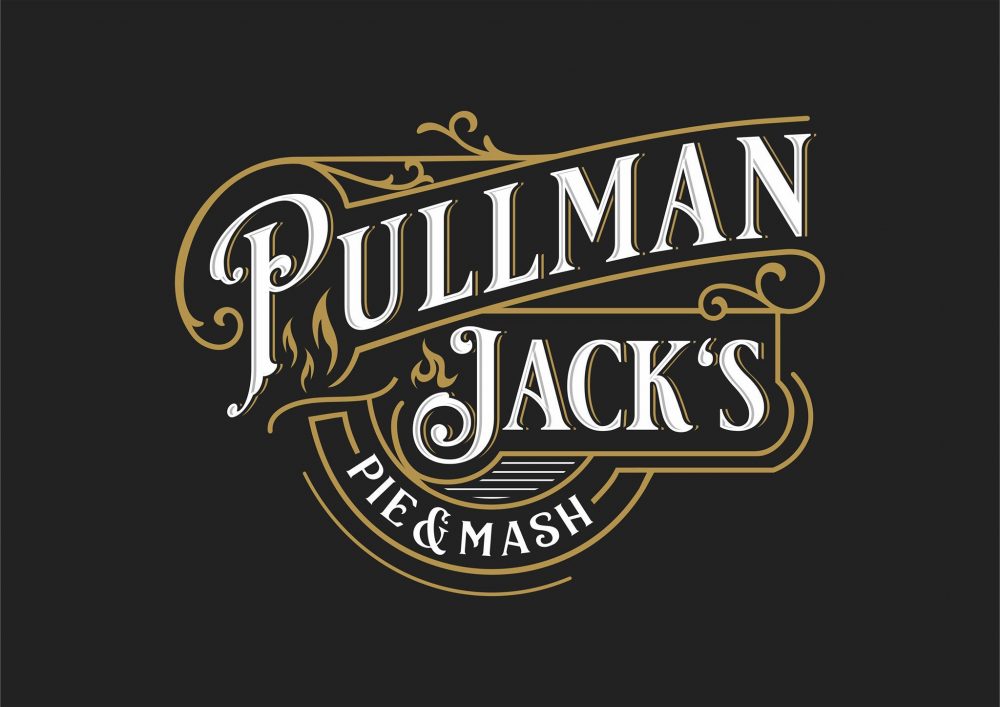 Although it opened a few weeks before the lockdown in February last year, Lee did well with regular queues outside the door for his freshly made range – which you can get with mashed potatoes. wonderful potatoes, sauces and peas – and its home cook. .

He opens two days a week – Friday and Saturday – and supplies some local breweries, and he hopes to open more and grow with more stores and suppliers, “once I know I can meet the demand because our pies are all homemade, which takes a lot of work ”.

London pubs and breweries have already been in touch as well – probably because he attended the British Pie Awards at Melton Mowbray earlier this year he won eight – including a class winner with his Cherrywood Smoked Pulled Pork and Bury Black Pudding Pie, and was awarded Best Newcomer. 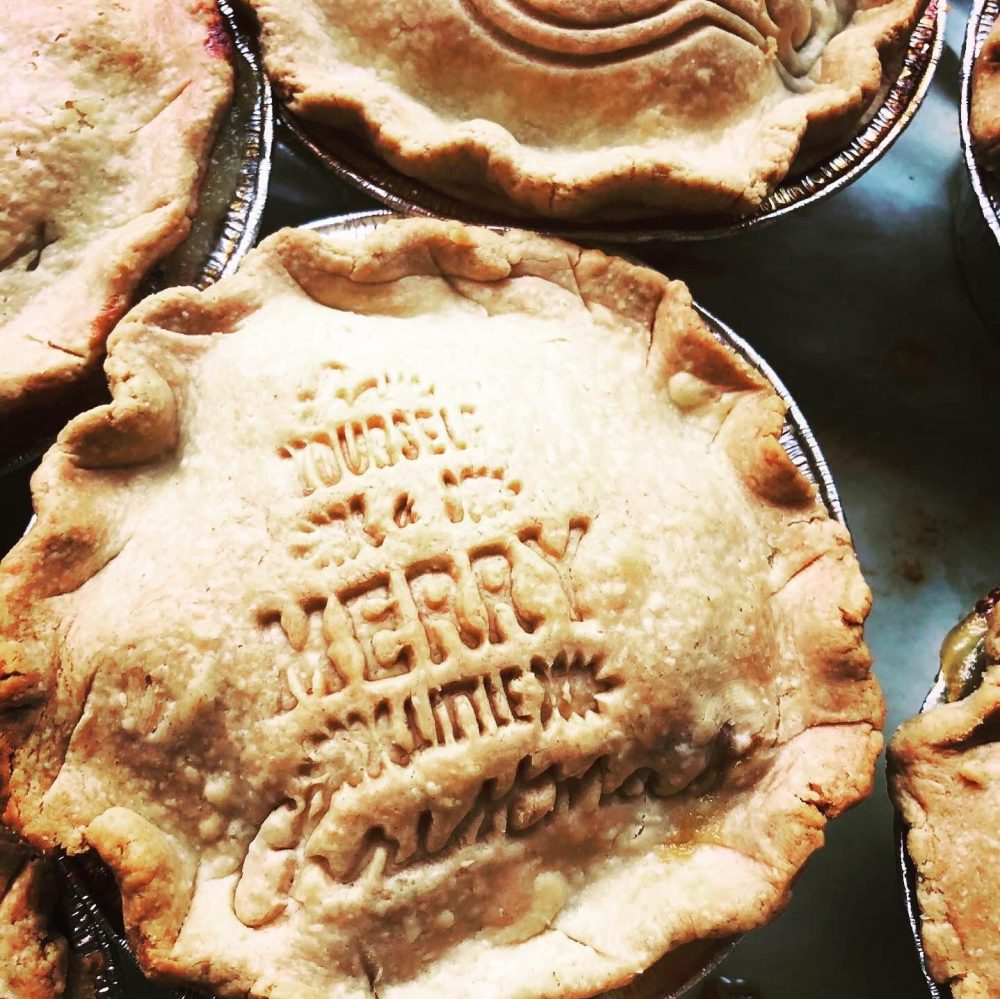 And, with guaranteed success, it looks like Pie’s the Limit!